The Kamogawa Odori was established in 1872 (Meiji 5 in the Japanese calendar), and is held by the Pontocho Kabukai Association in the spring. Although there were periods during the Meiji Era and World War II where the event was canceled, it was re-established soon after the war ended, and continues to be held currently. From 1951 up to 1998, the event was held twice a year in the spring and the autumn, and with a number exceeding 182 performances (current as of 2019), it now boasts the greatest number of performances among the five Kyoto Hanamachi districts. Although the event has returned to being held just once a year in the spring, the elegant geisha and maiko entertain audiences with their two-part performance of the dance drama (part 1) and the pure dance (part 2). This charm has gained a good reputation overseas as well, attracting overseas celebrities such as Jean Cocteau and Charlie Chaplin. In the early Showa Era, the Kamogawa Odori began to evolve in its quest to not just protect traditions, but to always be modern, featuring western music and a young girls' revue. 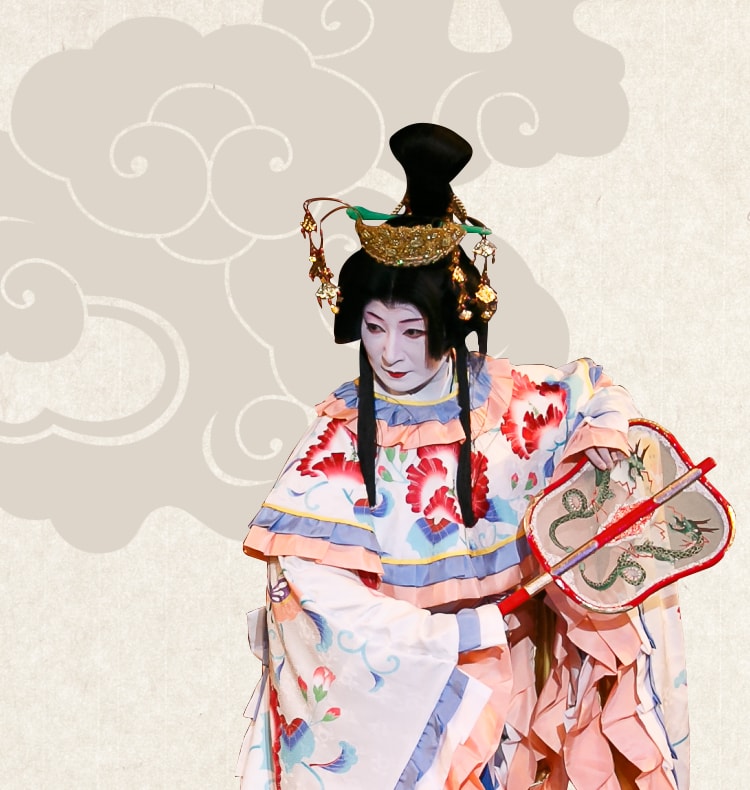 The Suimeikai is a kabuki performance held by the geisha of Pontocho, a prestigious dance event that has been held since 1930. 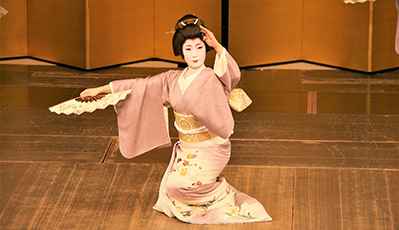 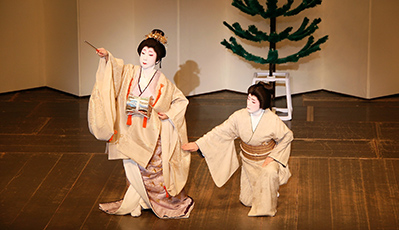 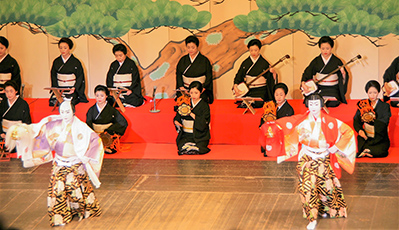 Events such as the Kamogawa Odori and Suimeikai are held year-round at the Pontocho Kabukai Association. In addition to events unique to Hanamachi, geisha also participate in traditional events in Kyoto, serving as a flower-like accompaniment that carries tradition and culture.

The Pontocho Kaburenjo was completed in 1927. At the time it was considered to be “modern architecture with a taste of the orient.” In addition to events such as the Kamogawa Odori and Suimeikai, it can also be used for a wide variety of general uses.

Take the Karasuma Line from Kyoto Station to Oike Station.→
Change to the Tozai Line, and disembark at the Keihan Sanjo Station. Take Exit 6, and from there it is a 5 minute walk.

Takes about 1 hour from the Meishin Expressway/Kyoto Higashi/Kyoto Minami Interchange.
Note: There is no parking lot at the Pontocho Kaburenjo. Please use one of the coin-operated parking lots nearby.